The Cole family have called Columbus home for the past 17 years. Michael Cole is asking for your support to take the fight for education, healthcare, employment pathways and affordable housing to the Ohio Statehouse as State Representative of the Ohio 26th House District.

As a resident, activist and elected official, Michael has worked to remove barriers and increase opportunities for Central Ohio’s residents. “Our neighborhoods are calling for results driven leadership, and I am courageously answering the call to action.”

Michael Cole is dedicated to strengthening:

Working For Our Children and Our Schools 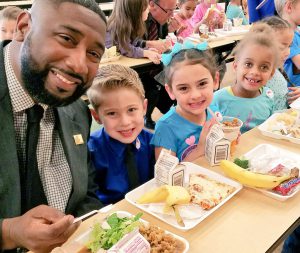 “I am dedicated to contributing to the making of our next greatest generation.”

He ran for the board of education in 2013 and is currently serving in his second term as vice president of the Columbus City School Board.

Working In The Community, For Our Community 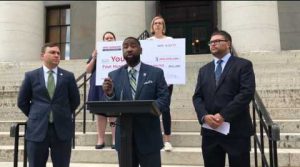 Michael Cole has been in the trenches for the residents of Columbus for over a decade. His work in public service began on the west side of Columbus where he lived for 10 years, serving the community as an area commissioner.

“I have worked hard for the city I believe in. I have not only invested my time, my dollars and sweat equity, I have invested my most valuable resource – my family into Columbus since the first day I moved here.”

Michael Cole earned a Bachelors Degree in International Studies with minors in Political Science and French from The Ohio State University and a Master’s degree in Communications and Leadership from Seton Hall University.